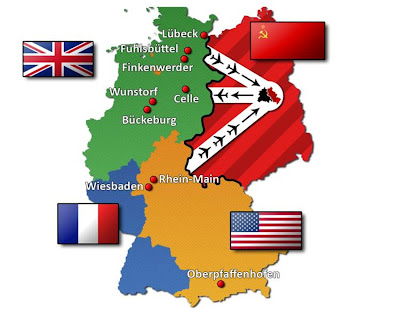 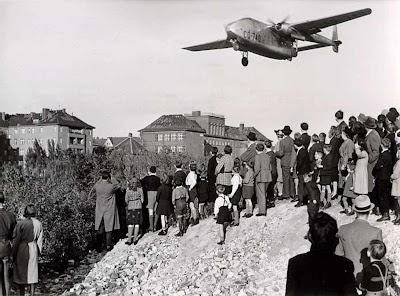 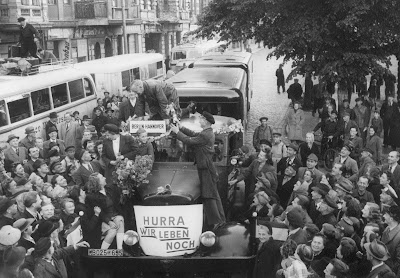 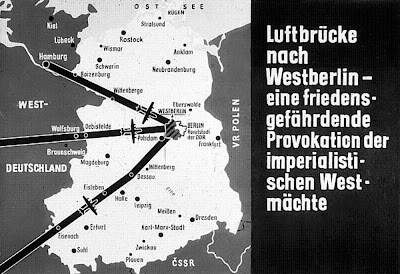 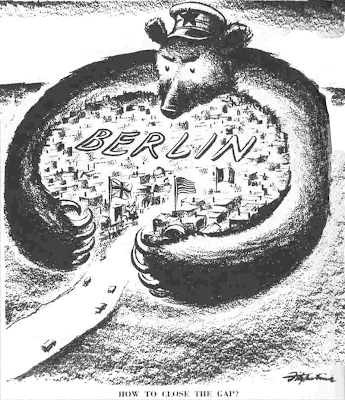 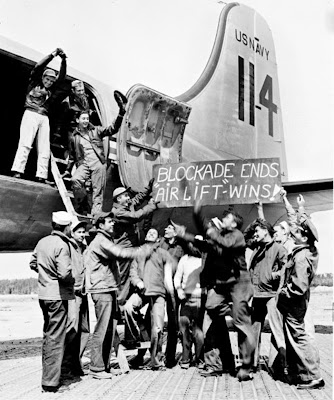 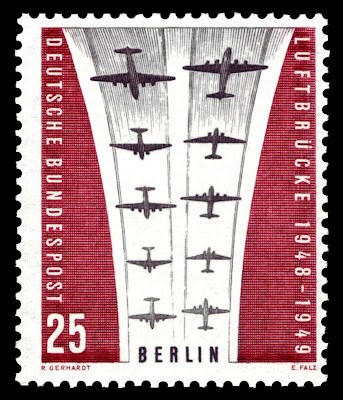 It was the year 1948. The Second World War had ended a few years back and the world now had two superpowers – The USSR and the USA. The Cold War had also just begun. In Europe, after the war, Germany was divided into four zones administered by the USA, Britain, France and the USSR. The city of Berlin, even though it was located inside the Soviet half of Germany, was divided among the four powers.

Towards the end of 1947, the USA, Britain and France decided to join their zones so that the German economy could be developed more efficiently. The USSR decided to keep out of this plan as they wanted to bleed Germany for her invasion of Russia during the war. Germany was, thus, divided into East Germany, controlled by the Soviets, and West Germany controlled by the three powers. But a western controlled zone inside the heart of the Soviet zone was a pain to the Soviet leader Stalin. Also, as conditiond in West Berlin was far better than the rest of East Germany, it was a cause of embarrassment to the Soviets.

On the 24th of June, 1948, the Soviets blocked all road, rail and canal communications between West Berlin and West Germany. The supply of food, water and electricity was also blocked. The Soviets felt that by pressurising the West in this manner the West will realise the futility of maintaining their zone in Berlin and would retreat, giving the Soviets a great propaganda victory and a victory in the Cold War. The Western Powers, led by the USA, realised the symbolic importance of retaining West Berlin. It represented all that they stood for and the USA, and also the other powers, were not ready to lose West Berlin. Britain and the USA decided to use their air space to fly supplies into West Berlin. Any attempt by the Soviets to stop supply planes would lead to their loss of prestige in the world and a major war, which the USSR was not ready for. Hundreds of aeroplanes were used to airlift food, coal, and other necessities into West Berlin at a rate of about 5000 tons per day!!

Initially, the Soviets were sure of their victory, and even celebrated it, dubbing such a project a sure failure. But as supplies kept flowing into West Berlin, they realised that they had underestimated the resolve of the Western Powers. The Soviets had no way to save their face now. The blockades on Western Berlin was removed and free passage was restored on the 12th of May, 1949.

During the Berlin Airlift, which lasted a year, Gail Halvorsen, one of the airlift pilots flying into Berlin, made friends witha group of German children who came to watch the unloading of planes. He promised to bring candies and chocolates for them and to let them know that it was him, would wiggle the wings of his plane. Over the next few weeks he dropped a large number of chocolates and candies and a large number of German children gathered. He also began to receive mails addressed to "Uncle Wiggly Wings", "The Chocolate Uncle" and "The Chocolate Flier". This got to the news and the commander in charge of the airlift was delighted. He expanded it into “Operation Little Vittles” and a number of pilots volunteered to help. When the news of this operation reached the USA, children all over the country began to send in candies and chocolates and even candy manufacturing companies joined in. In the end, over three tons of candy were dropped on Berlin, and the "operation" became a major propaganda success. The candy-dropping aircraft were christened “raisin bombers” by the German children.
Posted by Black Pirate at 12:51

Email ThisBlogThis!Share to TwitterShare to FacebookShare to Pinterest
Labels: History

Black Pirate
I am just another person trying to find out what life has in store for me.